Palawan Island Philippines is the largest island. The island is half desert, so still undeveloped. You can enjoy the jungle, mountains, and white beaches. Palawan Island has been rated by National Geographic Traveler magazine as best Southeast Asia region in 2007, and the 13th best island in the world! Isthe most biodiverse islands in the Philippines. Palawan is an archipelago with 1,780 islands on the western part. Due to amazing  landscapes and high bio-diversity, Palawan island is known as “The Last Ecological Frontier of the Philippines”. The northern part is characterized by incredible clear waters, white beaches, and many  species of flora and fauna. Here at north there are most visited places like El Nido and Taytay, characterized by limestone cliffs and underwater with many species of tropical fish and coral, also are  present five species of endangered sea turtles. Jungle have about 100 different species of birds! So…this is a real amazing tropical destination to relax and enjoy yourself!!!If you like tropical islands maybe you also could like on of the most beautiful island in Cambodia, visit Koh Rong  Island, still undeveloped, good place for snorkeling, scuba diving or a trekking into the jungle!

Main destinations are the capital Puerto Princesa, El Nido on the north of island and also Coron island where you can relax and do good snorkeling and diving. Also San Vicente is an other top destination on palawan island. Is here that you can find Palawan accommodation. 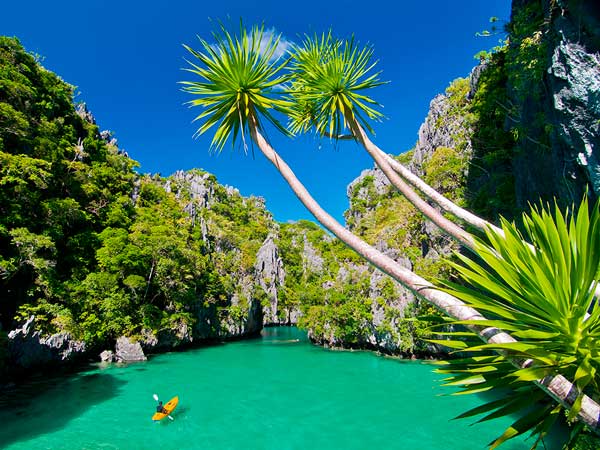 El Nido and Taytay, characterized by limestone cliffs and underwater with many species of tropical fish and coral, also are  present five species of endangered sea turtles. Jungle have about 100 different species of birds! So…this is a real amazing tropical destination to relax and enjoy yourself!!! In the southwest coast of El Nido you can visits some islands that are around Bacuit Bay. 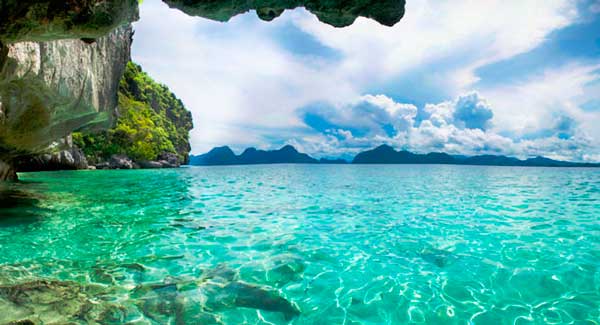 Puerto Princesa is a city in a paradise place, where also you can do shopping in your free time. Not so far from the city you can reach white beaches and the jungle for a relax time. Puerto Princesa palawan was born only in 1970. Inhabitants are more less 151000, and main occupation are on agriculture and fishing. Puerto Princesa Philippinesclimate have wet and dry seasons. September is the wettest month, while february is the driest month. From October to April, the northeast monsoon hit with waves on the coast while southwest monsoon hit from April to August. Best period to come to Puerto princesa is from april to june, when sea is calm. Humidity is high while temperatures are at an average of 27 degrees. Could need warm clothing during nights in the rainy season.

San Vicente is a fishing village, and you can reach by bangka or bone-shaking jeepney from Princesa. Most attraction here is the Long beach, 14 km of white sand, an undeveloped place, considered the best beach in the country. If you visit it now you are still lucky , because still undeveloped…there is already in program for the airport and resort construcion, so if you like half desert places go there now!  Reach the long beach can be easy with a motorcycle. 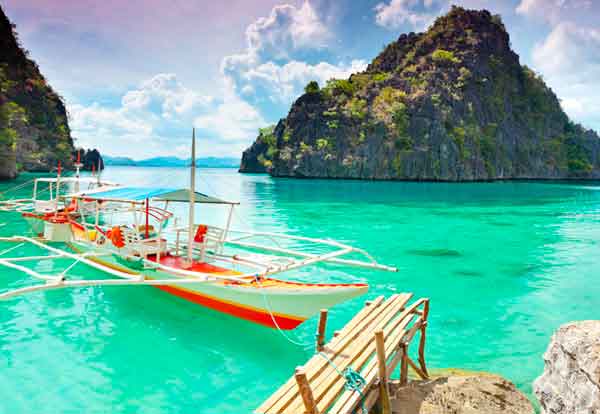 San Vicente is a fishing village, and you can reach by bangka or bone-shaking jeepney from Princesa. Most attraction here is the Long beach, 14 km of white sand, an undeveloped place, considered the best beach in the country. If you visit it now you are still lucky , because still undeveloped…there is already in program for the airport and resort construcion, so if you like half desert places go there now!  Reach the long beach can be easy with a motorcycle.

There are two types of climate. First, that interested the north and south and all west coast, has two seasons : six months dry and six months wet. The other, that interested the east coast, has a short dry season, about one-three months and no pronounced rainy period during the rest of the year. The southern part  not have tropical depressions but north has rains during the months of July and August. Summer months are considered peak season for Palawan.  From March to early June the seas are calm. The average max temperature is 31 degrees C with little variation all year. Average monthly temperatures vary by 2 °C (3.6°F) so the continentality type is hyperoceanic; annual precipitation average 1600 mm

Palawan’s underground river has been added to UNESCO World Heritage Site and also added to New 7 Wonders Nature! It’s one of the longest underground river in the world that run more than 8 Km in subterranean caves. You can have an amazing experience through rock formations with a boat tour. Moreover the town of El Nido, the most visited place in Palawan Island, has been featured on the well-know travelling site the last year!

The prevision for Semptember 2015, is that 6 more cruise will come to visit Puerto Princesa that will increase tourism in Palawan. We remember that the largest cruise n the world, Legend of Sea has been on port for 9 hours with more than 1500 visitors from Europe. Palawan and Puerto Princesa is the first choice for a cruise. 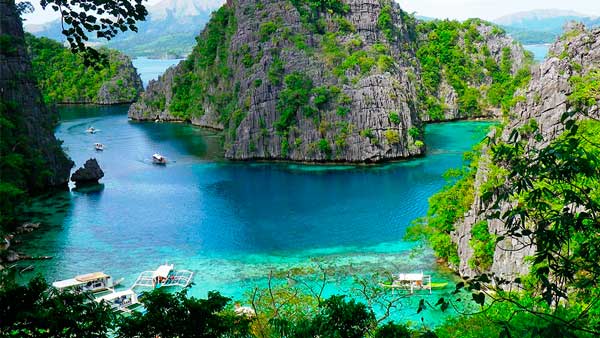 WHERE IS PALAWAN? PALAWAN MAP 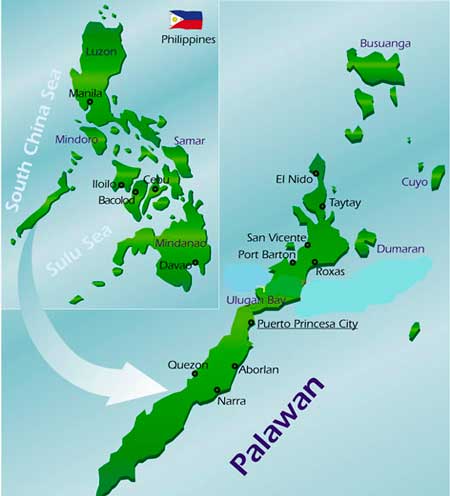 GET THERE PALAWAN ISLAND

You can reach Palawan Island from Manila and other areas of the Philippines. Is connected by air from the international as well as domestic airports at Cebu, Manila and Caticlan (Boracay) through four gateways: El Nido Airport, Puerto Princesa City Airport, and Cesar Lim Rodriguez Airport in Taytay and Francisco Reyes Airport in Busuanga. There are also ships from Manila to ports in Coron and Puerto Princesa. IMPORTANT: you can not fly internally from Puerto Princesa to El Nido, so you must choose for one day shuttle van transfer (2 days return) if you want visit both areas.

From/To Busuanga and El Nido
Southeast Asian Airlines operates flights to /from Puerto Princesa. Flying time is 1 hour from/ to Busuanga and 30 minutes from/ to El Nido.

From Caticlan (Boracay)
Southeast Asian Airlines  from Caticlan on tuesdays and back on friday.

Or you can go to single page in the web site about El Nido, Puerto Princesa, Coron Island, San Vicente

Book an holiday on half desert island in Cambodia, Koh Rong Samloem for an amazing experience!

Palawan Island has been vote world’s best island 2013 folowed by Boracay, so two philippines islands on podium. Palawan Island Philippines is famous for white beaches, clear water and amazing biodiversity, also for Puerto Princesa Underground River. Palawan is the first time on the podium. Votes are based on Travel and Leisure readers. Palawan got a score of 95.04 while Boracay garnered a score of 93.58. At third place  Maui with a score of 89.83.

Palawan Island also is considered the World’s best Island for 2015!!!

“There is an island of the Philippines that can boast the title of “most beautiful island in the world.” And ‘Palawan in the Philippines to have awarded the title were the readers of Condé Nast Traveller, who voted as part of the 2014 Travel Awards contest.”
For Filipinos Palawan is the last frontier. El Nido is undoubtedly the most impressive. Located on the northern tip of the island of Palawan, El Nido is a collection of coral islands and beautiful bays hidden between the cliffs of white sandstone emerging from the emerald sea. The hinterland is characterized by a hilly and sometimes mountainous. Among the reliefs stands out in South Mount Mantalingajan, 2,085 meters. On the island there is a main town, and many small towns.”

So now you can find in Palawan Island your best and complete travel guide, tours, info and book your best accommodation searching for hotels, resorts and much more at best price. 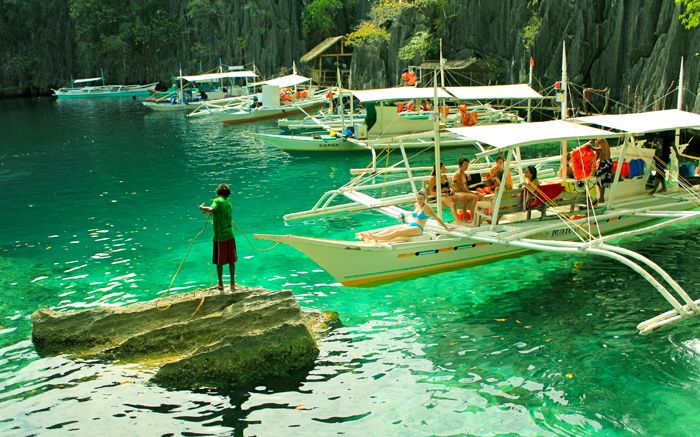 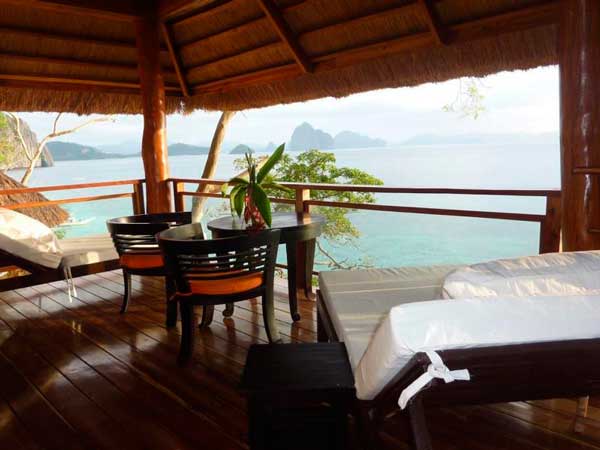 All rooms have sea views and a seating area where you can relax.

There is a 24-hour front desk at the property.

You can engage in various activities, such as island-hopping tours, kayaking and snorkelling.

A Place to Remember El Nido

Offering free Wi-Fi access, A Place to Remember El Nido is situated along the coastline within a 3-minute walk from El Nido Wharf. It operates a 24-hour front desk and offers cosy rooms equipped with a fridge.

Fitted with parquet flooring, the air-conditioned rooms feature en suite bathroom that comes with hot/cold shower facility and free toiletries. Rooms also include an in-room safe, minibar and a TV with cable channels.

A Place to Remember El Nido has a tour desk that can assist guests with sightseeing and travel arrangements. Laundry, massage and airport shuttle service are also available on request at additional charges.

A Place to Remember Restaurant serves a selection of international dishes, while the bar offers a variety of hot and cold beverages.

The property is within 5 km to El Nido town centre, while the famous El Nido View Deck is just 2.5 km away 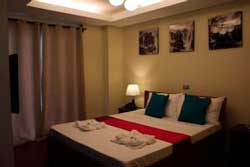 Aqua Travel Lodge houses a 24-hour front desk with luggage storage space. Free parking facilities are offered to those who drive. Other amenities include a shared lounge, a tour desk and an outdoor terrace.

The accommodation does not house a restaurant however meals can be freshly prepared and served in the room upon request.

This beachfront property is about 14 km away from Artcafe. El Nido Airport is 10.4 km away while El Nido Ferry Terminal is within 14.5 km away.

Balay Paragua is a bed and breakfast featuring rooms offering a balcony with mountain views and free WiFi in its common areas. A 3-minute walk to Bacuit Beach, the property has a 24-hour front desk and provides massage services for a fee.

Located in El Nido, Balay Paragua is 30 m from El Nido Municipal Hall and St. Francis of Assisi Church. Lio Airport is a 20-minute drive away.

Each room is fan-cooled or air-conditioned and has a seating area and outdoor furniture. Private bathroom comes with a shower and free toiletries.

Other facilities offered include a ticket service and a tour desk. Welcome drinks are served to guests upon arrival and complimentary coffee or tea is available in the mornings. Breakfast can be arranged at a surcharge. 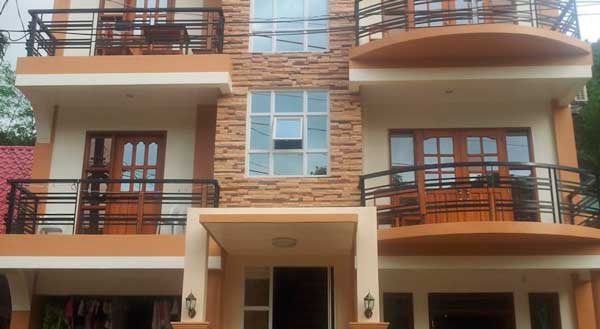 Buena’s Haven Travelodge located right in between Las Cabanas beach and El Nido town, which are about a 5-minute drive away each. It is just a minute’s walk from El Nido Beach and a 2-minute walk from the Corong Corong seafront. It provides free parking and free Wi-Fi access in its public areas.

The property is just a minute’s walk from the nearest convenience store.

On-call massage services are available. Ticketing, laundry and airport shuttle services can also be arranged. Guests can get assistance with bicycle rental and island and inland tour arrangement.